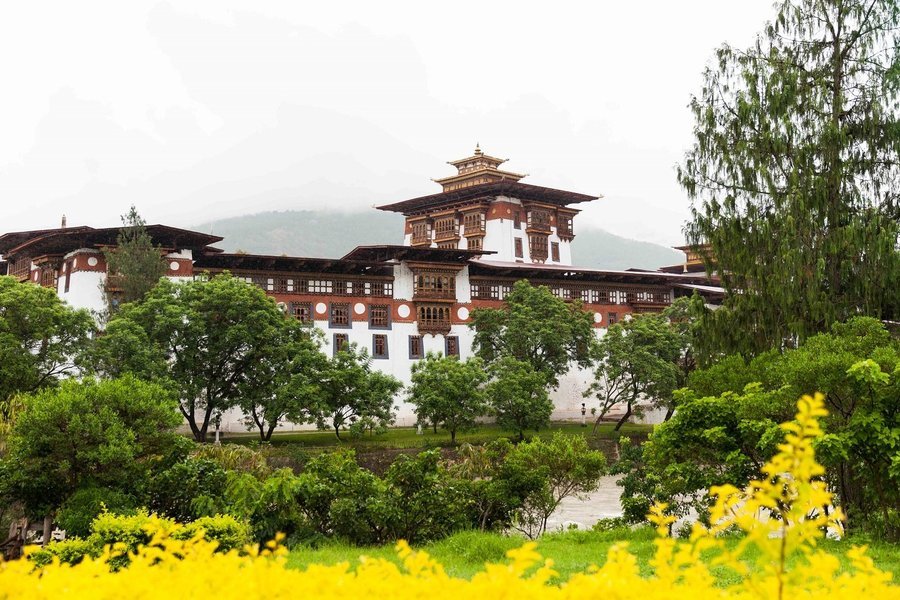 Pick up from Bagdogra Airport, India and drive to Phuentsholing. Check-in at hotel. Visit Zangtho Pelri Lhakhang and take a downtown walk in the evening. Overnight at Phuentsholing.

Immigration formalities at Indo-Bhutan Border and drive from Phuentsholing to Thimphu (180 km/approx. 6 hours). After breakfast drive to Thimphu, the capital town of Bhutan with en-route stop at Chuzom, the confluence of Thimphu and Paro rivers. Three different style of Stupas; Tibetan, Nepalese and Bhutanese adorn this confluence. On arrival, in Thimphu check-into the hotel. The capital town of Bhutan and the centre of government, religion and commerce, Thimphu is a unique city with unusual mixture of modern development alongside ancient traditions. With the population of about 90,000 it is perhaps still the world’s only capital city without a traffic light. After a little relaxation go for the following sightseeing for the day. Later, take a walk to the Coronation Park, located on the banks of the river (near the city stadium), this 5.6 acres of parkland offer a pleasant and relaxing environment to stroll or to sit and watch the river flow by. Take a downtown walk in the evening. Overnight at Thimphu (Altitude 2,320m).