Located in the foothills of the central highlands, Kandy, Sri Lanka’s renowned second city is a beautiful city, surrounded by hills and valleys, rivers, lakes and cascading waterfalls. 129 Km away from Colombo Kandy, the charming hill capital, is the centre of Sri Lanka’s rich culture and a World Heritage City or it may be said that Kandy is a perfect place to explore the unique history and the beautiful culture simultaneously. Popularly known as MahaNuwara (means “The Great City”) among most of Sri Lankans, Kandy is full of magnificent architecture displaying Indian and Sinhalese designs. It is a most sacred city for Buddhists with numerous temples and shrines, based on Buddhist architecture. Kandy was declared as a UNESCO World Heritage site in 1988.

Located in Kandy, long a center of the Buddhist faith, the stunning 17th-century Temple of the Tooth (ŚrīDaladaMaligawa) is believed to house the left upper canine tooth of the Lord Buddha himself. This precious relic attracts white-clad pilgrims, bearing lotus blossoms and frangipani, every day.

According to legend, the tooth was taken from the Buddha as he lay on his funeral pyre. It was smuggled to Sri Lanka in 313 AD, hidden in the hair of Princess Hemamali who fled the Hindu armies besieging her father's kingdom in India.

It immediately became an object of great reverence and was enshrined in a series of nested jeweled reliquaries. The tooth was brought out for special occasions and paraded on the backs of elephants, which are sacred to the Buddha. Where it survived numerous attempts to capture and destroy it.

When the capital was moved to Kandy, the tooth was taken to the new city and placed in temples built to honor it. The temple was originally built under Kandyan kings between 1687 and 1707.

The Ramboda area is believed to be an area where Rama’s forces were gathered against Ravana. RamPadai means Rama’s Force. The hills of Ramboda is also believed where Hanuman was searching for Sitadevi. The Chinmaya mission of Sri Lanka has built an Anjaneyar temple with Hanuman as the presiding deity. This temple is called Sri Baktha Hanuman temple and the image of lord Hanuman here is 16 Feet tall. The service times at the Sri Baktha Hanuman Temple is between 7:00 AM to 12:00 PM and again 3:30 to 6:30 PM.

NuwaraEliya, the "city of lights," is the highest town in Sri Lanka and that means a break from the oppressive heat and humidity that surrounds the rest of the country. Situated at around 2000m above sea level and surrounded by lush tea plantations. NuwaraEliya is the main hill resort of Sri Lanka and the heart of the tea industry. This city with an elevation of 6200 meters is the highest in Sri Lanka. Once a pleasure retreats of the European planters the town is still very much an English town with many English style bungalows and buildings.

NuwaraEliya is a good escape for those who miss cool breeze in tropical Sri Lanka at any time of the year. Local tourists flock to this town in their 'season' from March to May when it is the hottest duration for the town, April being the busiest. NuwaraEliya offers many activities for tourists including visits to Tea Plantations,Golfing, Horse Riding, Boating, Hiking and of course exploring the beauty of the landscaped gardens, waterfalls and plateaus. Hemmed in by three of the highest mountains in the country; Piduruthalagala, the Great Western and Haggala, the city looks very isolated. Yet it's just a four hour drive from Colombo. Excellent walks and drives, exceptionally good golf on the 18 Hole Course, one of the best in Asia. Trout hatchery, market, gardens of flowers, fruits and vegetables, not commonly associated with Sri Lanka, Haggala Botanical Garden famous for its collection of roses and the rare fernery. Thanks to the cool climes this is one city where you can never work up a sweat.

The Sitha Amman Temple can be seen en route to the Hakgala Botanical Gardens. The prominent temple architecture will not fail to attract your attention. Ancient statues of Rama and Sitha can be seen on one side of the temple. The temple today is a modern building with its paintings, statues and pillars decorated with sculptures; all depicting the tale of Rama and Sitha.

Still revered by thousands, this holy haven was the place where Sita performed her Agni Pariksha (proving her chastity) to her husband Rama. Continuing the practice for thousands of years, villagers still pledge their fidelity or take oaths there and even in certain courts, this agreement was binding. This place has been respected and worshipped by people down the ages.

Ella is blessed with some of the most beautiful views, you could find in Sri Lanka. The views through Ella Gap are stunning, and on a clear night you can even spy the subtle glow of the Great Basses lighthouse on Sri Lanka’s south coast. Ella is a beautiful small backpacker-hub on the southern edge of Sri Lanka's Hill Country which is famous for tracking.

It is approximately 200 kilometres (120 mi) east of Colombo and is situated at an elevation of 1,041 metres (3,415 ft) above the sea level. The area has a rich bio-diversity dense with numerous varieties of flora and fauna. Ella is surrounded by hills covered with cloud forests and tea plantations. The town has a cooler climate than its surroundings, due to its elevation.

Kataragama a popular pilgrimage destination frequented by all three religious groups Buddhists, Hindus and Muslims in Sri Lanka. The main shrine devoted to Skanda popularly described in eulogies as God having six faces and twelve arms whose assistance is sought for worldly gain. The history of the shrine dates back to 2 century BC. The annual procession held in July or August is the main event of the shrine with fire walkers and Kawadi dancers. It is close to the beach areas of Hambantota and the jungles of Yala National Park.

Colombo is the largest city of Sri Lanka and its commercial capital. The city is strategically located on the east west trade route and is a major business hub of the country. The city serves as a major port and the largest financial center of Sri Lanka. Colombo is a blend of old and the new. The city is bestowed with some of the most beautiful historic sites.

The city is also the most modernized city of Sri Lanka. The most famous architecture of the city includes the Dutch Era buildings, the British era buildings and the Colombo Fort. Colombo is a city of many festivals. The most important festival of Colombo is the celebration of Lord Buddha's Birth, Enlightenment and Death. The city of Colombo is decorated with lanterns during this festival. The festival takes place in the month of May. The other major festival that is celebrated in Colombo is Christmas. The city of Colombo is also the Media and the Fashion center of Sri Lanka. 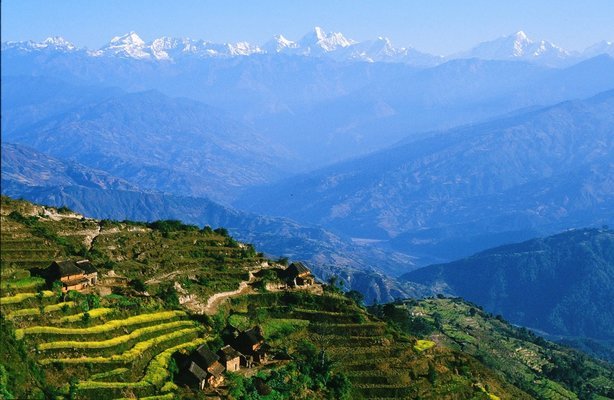 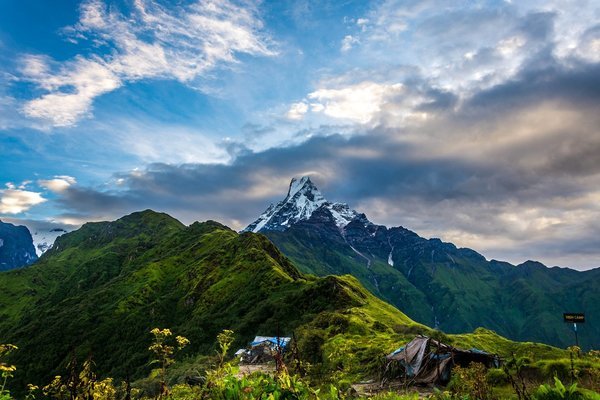 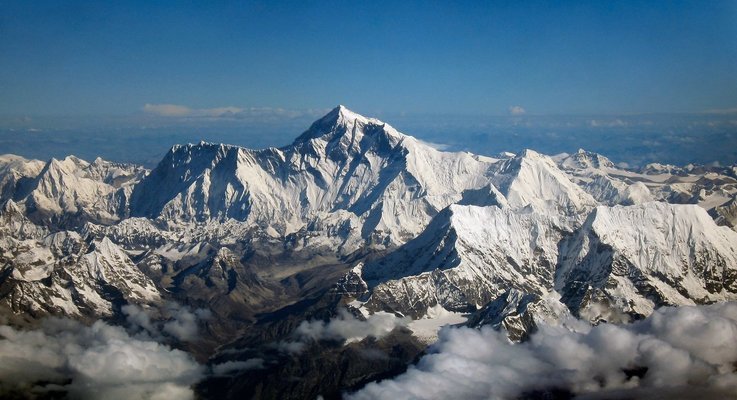 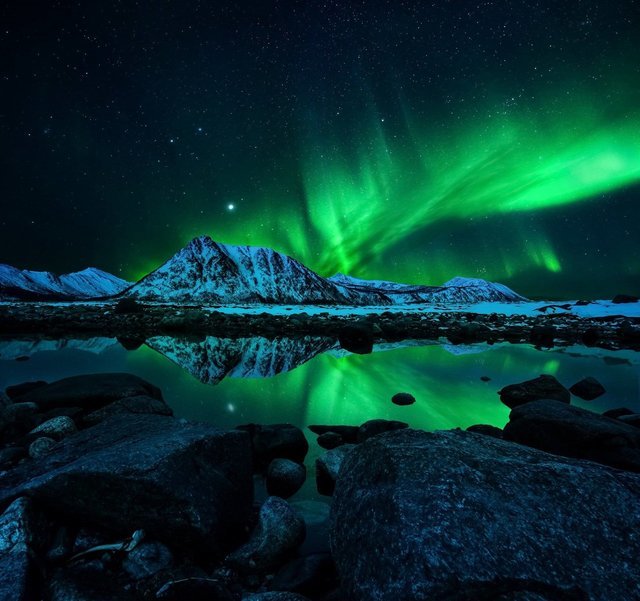 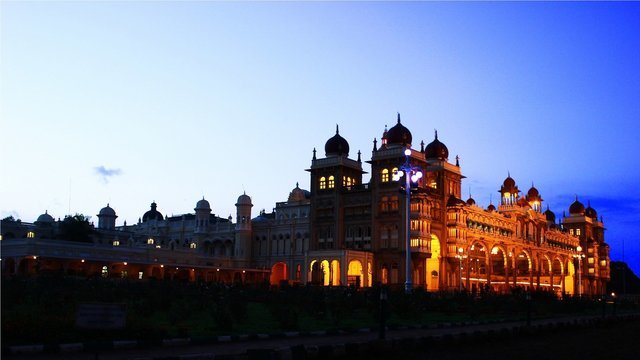